As soon as fluid passes over a solid surface vortices are formed at the surface of structure to satisfy the no slip boundary conditions at the fluid-structure interface. Vortices that are formed at fluid-structure interface diffuse in fluid domain. In the present study, the strength of vortices is evaluated on the surface of an oscillating structural element (cantilever beam and plate) that is interacting with oscillating fluid flow. In the analysis, the analysis of structural element is carried out by finite element method and analysis of fluid domain is carried out by panel method. It is assumed that the deformed geometry of the structure at any moment is same shape as the vortex sheet. The structure is replaced by a virtual vortex sheet of uniformly distributed point vortices on the surface. A few numerical examples are presented to show the variation of vortex strength, lift and pressure coefficients for different type flow passes over the oscillating rigid and flexible structural element in fluid medium. The strength of vortex depends on fluid flow characteristics around the structural element and motion of structure in fluid medium.

Vol. 1 No. 2 (2018): International Journal of Engineering and Applied Technology (IJEAT) 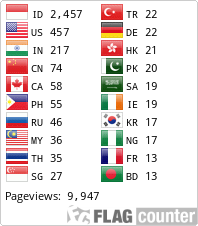